I haven't posted about V in some time because I didn't have great news after I bred her in May when she caught, but then absorbed around Day 13 then didn't cycle back for some time.  I suspect she absorbed it due to her retaining some fluid that I couldn't get cleared, and unfortunately following that I ran into issue after issue for several cycles and haven't had another kick at the can since - until this past weekend!

Due to where I live, I can only get Fresh Cooled semen Wednesday - Thursday from most of the stallions I have worked with and the stallion that Vida is booked into falls into that as well.  Despite using FedEx's overnight priority shipping, it still takes roughly 50 hours to arrive to my location and the stallion owner was unable to use any other shipping option due to where she lives so it's been quite the muck-around.  Due to shipping timeline issues and despite my best efforts to time things accordingly, I have missed every subsequent cycle since as I was unable to get semen when she would have been ready to breed.  I was very close to throwing in the towel as I continued to watch the days tick by and the end of the season loom in the distance.  I've hung onto the fact that traditionally, V has foaled early (though still within the safe zone), so even though it's getting late, I still have a chance at a June baby.

Finally, I was able to align things to get semen here, and V was bred on Friday, July 16 and Saturday, July 17.  After confirming ovulation, I did a uterine lavage to ensure there was no remaining fluid, as well as a Oxytocin protocol until her cervix closes. She will also be going on Regumate, and will have caslicks put back in.  At this point, I'm basically pulling out all the stops and minimizing my chances of issue, while maximizing our chances at a pregnancy that will hang on.  The semen didn't look particularly great, but hey - all it takes is one. 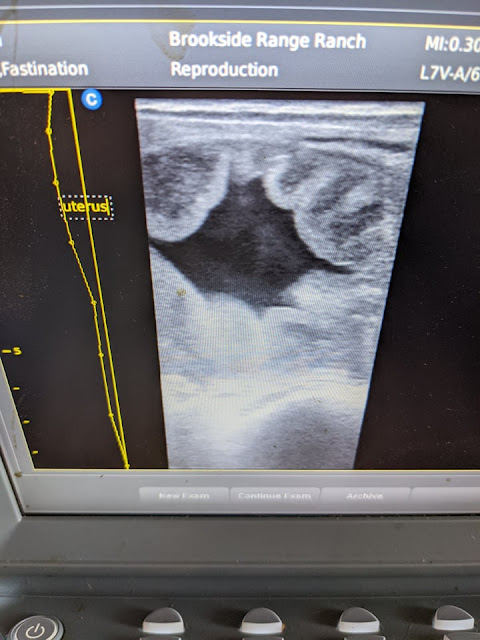 Estrus-Induced fluid  in the uterus

I'm new to lavaging, and Vida was my first patient - it was really neat, and I was honestly expecting her to be dirtier than she was given the pre-breeding fluid that was noted, but she was quite clean so hopefully things remain clear and her uterus is a happy home for a baby to grow in this time. 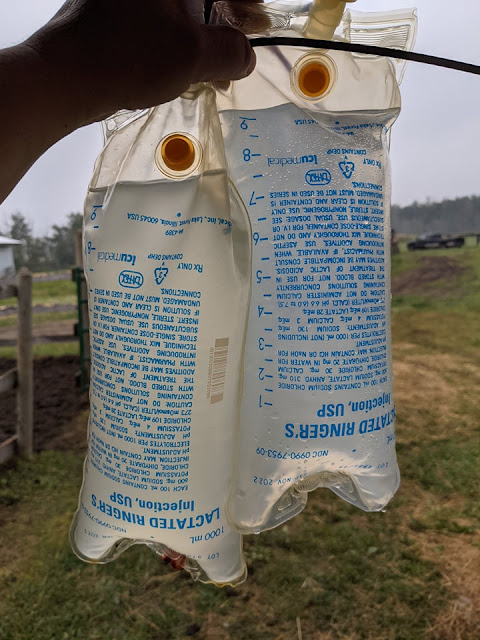 V's bag on the left vs. a New/Unusued bag on the right showing the difference in opacity.