If my riding this summer has been anything, it's been consistently inconsistent.  Besides the fact that we have been really busy chasing a soon-to-be toddler while trying to farm, work full time and pick away at our project upgrades, the weather has been unusual.  We've had extreme heat and we are facing severe drought which has made haying quite crappy - with our yields 1/3 or less than usual, things are tight but we are hoping to get a second cut.  In addition to the heat destroying crops, it's often been too hot to ride.  Much like our southern friends in Texas who suffered through a snow storm, we simply aren't accustomed to, or equipped, to sustain temps in the 40's (104F+). Factoringin the fact that Sierra is pregnant and doesn't need any unnecessary stress for my own gain, it hasn't been worth the risk.  We did get a moderate break in the weather, which brought insane storms and massive dumps of hail and rain, destroying more crops and gardens and rendering my footing mucky soup.

The extreme weather dried out all my horses feet to nearly nothing; typically if anything we have horses pulling shoes off in mud, but due to the drought the horses hooves have shrunk and their shoes became loose.  I managed to wiggle in with one of my farriers to get Sierra fixed up, but not before she spent a few days hobbling around with loose shoes which lead to body soreness.  I had her PEMF'd and massaged, did some ice booting and liniment baths, and of course - more time off.  While Sierra typically has good feet, my arena does have rocks in it and as a result, she wears front shoes but needless to say, arena rocks or not, she's been tender-tootered on this rock hard ground. 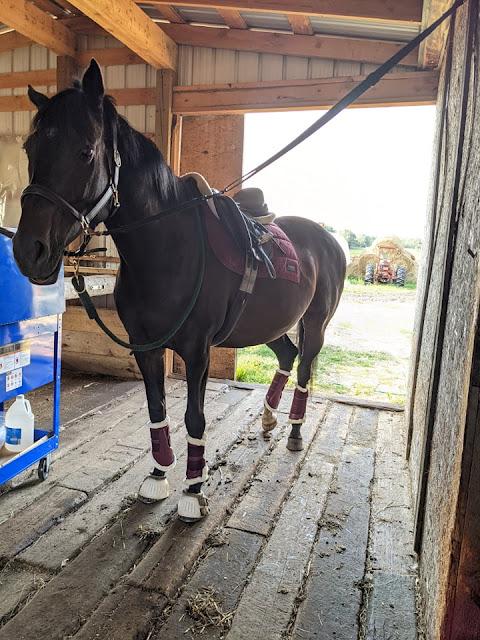 It's not all for nothing though - we've fixed up her feet and she's feeling much better.  I'm making an effort to force myself to carve out more time for riding when possible and for the most part Sierra's been a good lady.  She seems extremely settled this year - at least on the ground - she sleeps 98% of the time when I'm handling her and it's partially transferred itself to riding however she still manages to get worked up, tense and distracted from time to time though it seems less often than years past.  I don't know if it's just maturity as she's 10 this year, or in relation to the pregnancy, or both. 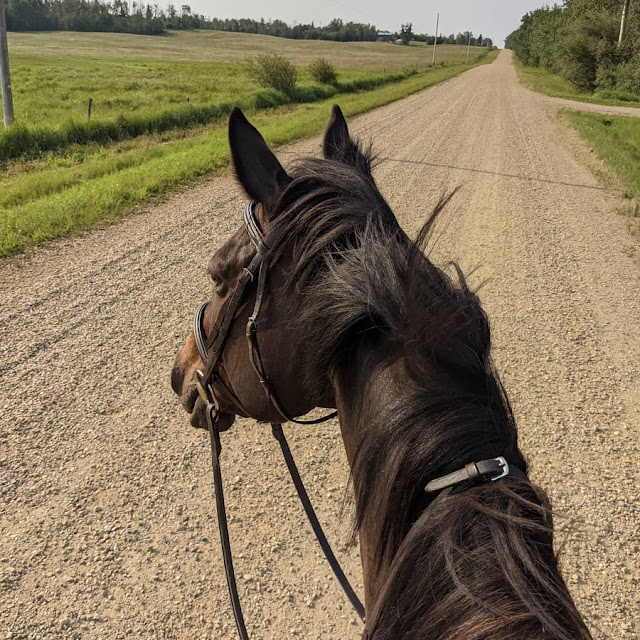 My rides continue to mirror my goals outlined earlier this year - developing relaxation and slowly encouraging Sierra to use her body in a more correct manner.  While I do sometimes have to get after her for ignoring me, I've vowed to rarely sacrifice relaxation for anything else, and it really feels like it's been paying off. 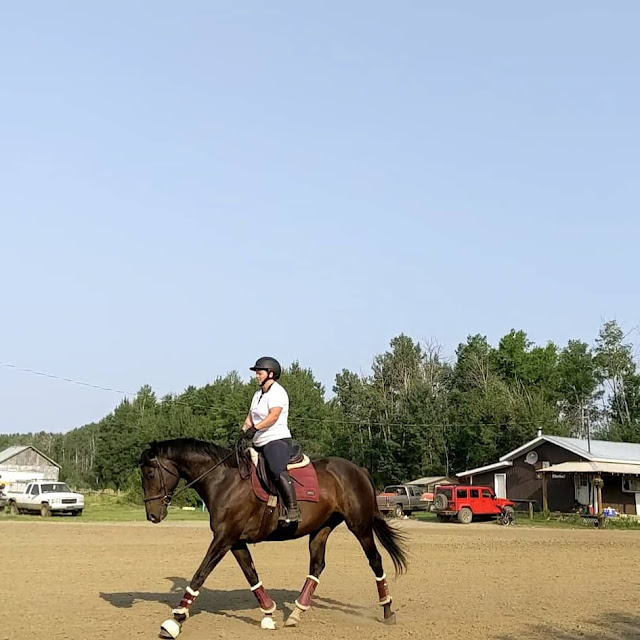 I'm still feeling really out of shape from having a baby and so much time off riding, so I don't necessarily feel like we are jiving quite yet as when she really pushes from behind I have a hard time keeping up, but I've been on a bit of a 'weight loss journey' since February and it feels like it's helping; I just need to become more fit in general and I imagine it will continue to get easier.

For a horse happy to plop around on a 10ft stride if you let her, she can cover some ground when she engages her back and pushes, but its difficult for both of us to maintain for more than a few strides, but as we both become stronger and more in-tune with each other while we maintain the relaxation, things are getting better and better. 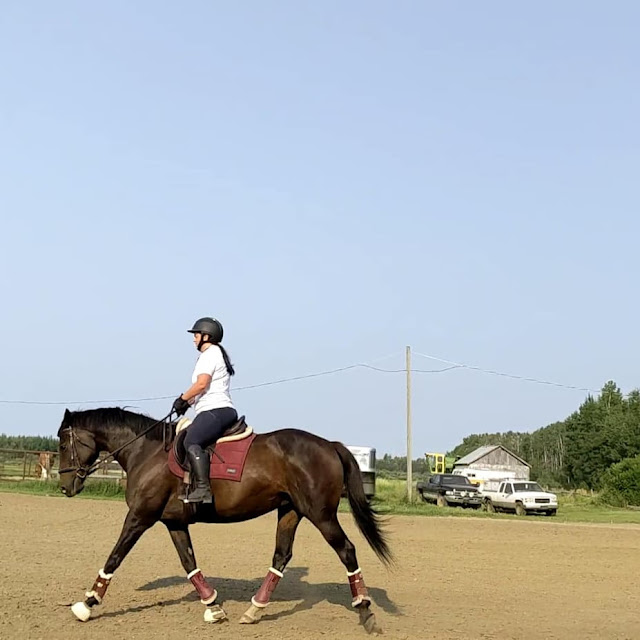 Sierra's go-to is to hold tension in her lower back, which then causes her hind end to trail out behind her while she pulls herself around on the front end; hollow in the back and 'fake' in the contact.  She also loves to lean on my left leg regardless of the direction of travel, which makes turning when tracking right a pain so we do a lot of time riding squares, leg yielding to the right (off my left leg into outside rein), counter bent 'snowmen' and riding quarter lines.  My arena doesn't have rails which helps in a case like this, but slowly we are picking away at things without losing focus on the rhythm and relaxation. 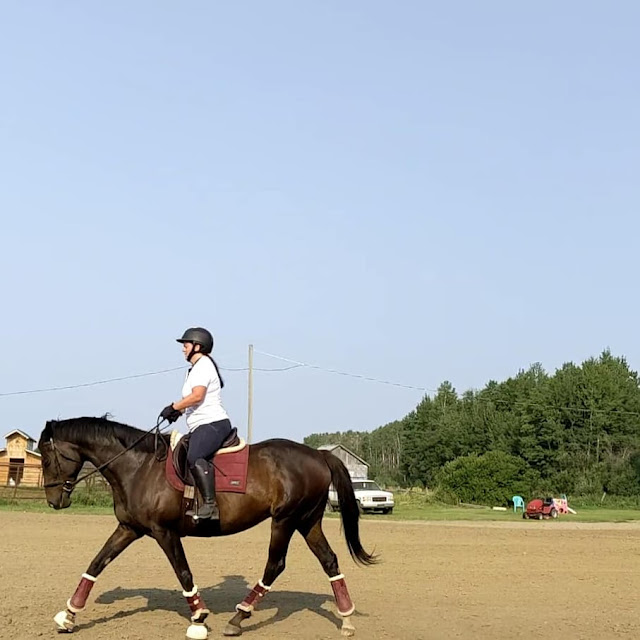 Our next clinic is at the end of August and we are doing a fun Jumper Jackpot on the friday evening provided we have enough riders; this might be our last event for the season and it's sad to think that Winter is just around the corner. My baby turns 1 next week; where in the F has the time gone?!