What Makes Them Special?

There's no argument that horses are fantastic beings; good for the soul albeit hard on the pocket book, but what is it that makes specific horses so special? I'm not talking about a young horse with insurmountable talent but rather what makes them important to you? It comes as no surprise that many people who don't see the day in, day out workings of a relationship with a specific horse may develop an opinion that differs from their owners and Sierra is a perfect example of this - many people, maybe even you as you read this - feel utter confusion and don't understand why I love Sierra like I do.  She's extremely sensitive, athletic and emotional.  She's not everyones cup of tea - in fact, she's very few peoples cup of tea and that's okay because she's my absolute favorite type and that's all that matters.  I often have to remind myself of this when I develop my own opinions of other horses in the world - different strokes for different folks, as the kids say! 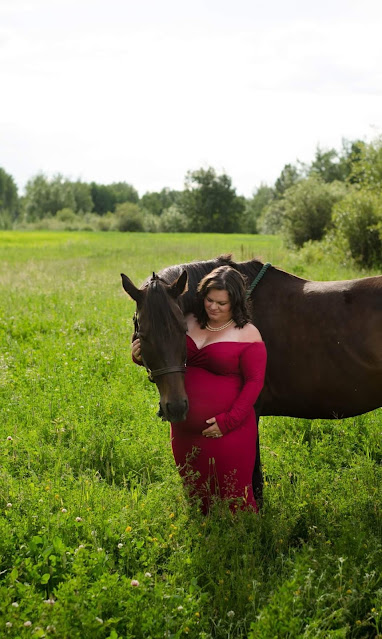 I'm no stranger to gravitating towards the difficult horses with a certain flair or edge that sets them apart from the others in a herd.  Over the years, I have found that as you slowly chisel away the pieces to discover what's hidden beneath the hard exterior, you often find more than what you expected - the trouble is many people decide it's too much work or the project is not taking shape as they envisioned, and they move onto a new piece and start again.  I think we've all either considered or done it and there's no shame in that at all, especially when we consider that some matches just aren't right and it's better to come to that realization sooner rather than later. Though, for those who like to hold onto that little glimmer of hope, often times sticking it out for the long run can often prove to be very rewarding as well. 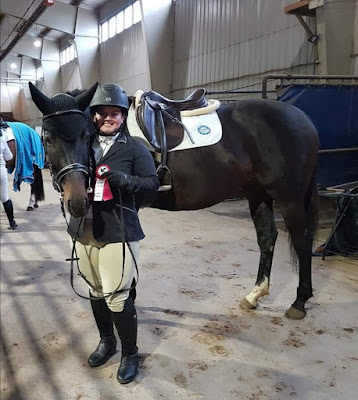 There's no hard and fast rules on how long it may take before things truly fall into place with perfect precision and I think part of that is because everyone has a different standard of perfection.  With Sierra, it feels as though when I was riding consistently we made exemplary progress and she was an absolute dream for me; rock steady and consistent perfection. We had some anxiety-related issues here and there (like at shows) and she bucked me off once when she * wasn't * in work regularly and had just gotten royally f'd by someone I thought I could trust, but the show anxiety in itself is a fairly common issue and *SPOILER ALERT*, I also have show anxiety.  Despite it all, I trust her entirely.  We've had a few situations here and there where the walls begin to crack and crumble, but the foundation has remained strong and I attribute that to taking a lot of time to get to know her and respecting her individuality in the process.  I spent many years training horses and even more as a rider and throughout it all, I learned early on that no two horses are identical and they should never be treated or trained as such.  It's, in my honest opinion, because of this that many people don't 'click' or 'understand' certain horses who are deemed as more difficult - they ride one way and intend to have the horse to conform (either by choice or ignorance).  Many times, people don't believe or consider that what works for one horse many not work for another, or that perhaps they need to adapt to the horses needs instead of the other way around.  Many riders get by just fine with this methodology and that's totally cool, it's just never been part of my personal approach... Granted, that's probably because my ride of choice has always predominantly been Thoroughbreds, Arabians, or crosses of such, and neither of those two breeds do well with dictatorships. 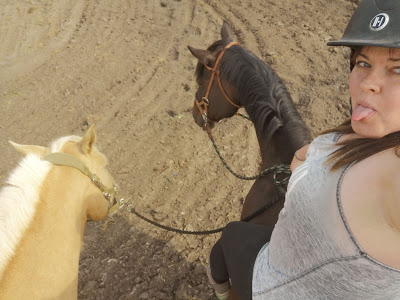 We often hear the term "heart horse" used a lot, and I think I've been lucky enough to have had a few in my life.  Everyone has a different opinion on the qualifications to meet this high and prestigious standard, but I personally have a hard time putting it into words; it's more of a feeling that I can't describe, but I feel it with Sierra and I can say that with absolute confidence.  She's a tough cookie because she absorbs SO much from her rider and I, as that rider, need a lot of work in a lot of areas, but that also makes her one of the most rewarding horses I've had the pleasure of enjoying in my life thus far.  Any win with her, no matter how small, feels like I earned every sliver of it and every fail feels like a reflection of what I need to work on as a rider.  She makes me be thoughtful and tactful, and I feel so blessed that she's chosen me as her person.  Her love for me is apparent despite the odd issue here and there, but she cares deeply for me and works harder for me than I have seen her do with anyone else, which speaks volumes. On one hand it feels like I've owned her a lifetime already, but I looked back and realized I was recently mistaken - I thought we were coming up on our 4-Year Gotchya-Versary this summer, but in fact it will only be 3 years in June.  They say time flies when you're having fun, I suppose. 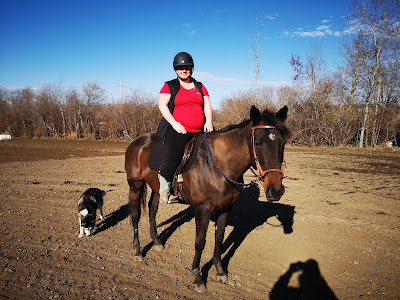 At the risk of sounding like a naïve child from a TV show or movie, I feel an unwavering connection to Sierra and I've become so incredibly glad that she didn't sell last fall. I've always believed that everything happens for a reason, and before she even left I told myself and anyone who would listen (sorry y'all) that if she didn't sell by my deadline, she was coming home and that was the end of it because she was meant to stay with me.  She had over a dozen trials in 8 weeks, and nothing came to fruition and I count my lucky stars that she came home.  Before she even left, I often said that if she sold I knew she would always feel like "the one who got away", but in that moment I truly felt I was doing what was best for her because I was so tied up with motherhood.  I told myself she didn't deserve to sit in a field but if I have learned anything as of late it's that she doesn't give a shit; she's happy sitting in the field with sporadically structured exercise.  She doesn't care if she's being worked as if we have a show around the corner, or if we hack around the field or down the road.  She doesn't care if she gets a 5 minute brush and some cookies, or a full grooming session to prepare for a clinic or competition.  It makes no difference to her - she's happy either way.  She brings so much to my life, and even if she dropped dead 5 minutes from now, she would forever own a piece of my heart as long as I live.  Somewhere in all of that, I think that's what makes her truly special to me.  I feel there is far more value in the emotional connection we share than the amount of ribbons on the tack room wall, and I hope our 2.5 year story thus far is just the first chapter of a very long and rewarding story. 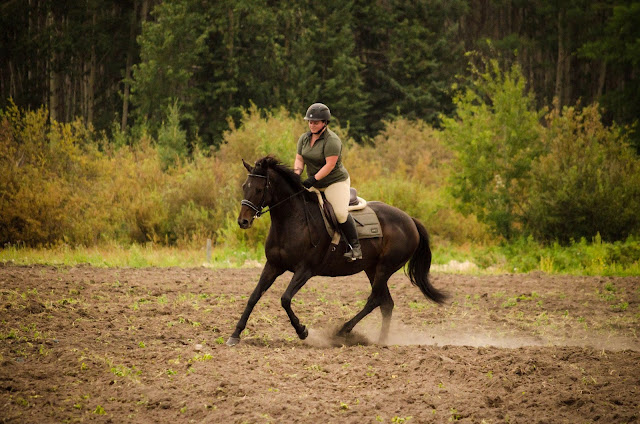