It's All A Little Bitter Sweet

Winter is on the doorstep of the farm, and Sierra has been gone a month now. She has had several trials (around 10-12 if I had to guess), and at one point we thought she was sold until they backed out at the last minute.  As such, I'm now facing the fact that she may be coming home.  I'm okay with it, but her absence has shown me that unless I grow some serious balls I can't give her what she wants - which is to go fast and jump big jumps.  I think we have nearly exhausted the pool of current buyers suited to her, so I'm at a cross roads of leaving her there knowing the chances of her selling in the winter are next to none, and bringing her home.  It's all a little bitter sweet, truthfully.  I love her, but I know she's not the horse for me.  That being said, because I love her I won't just unload her on the first person who thinks she's pretty - she's particular and has the potential to really scare someone over fences and I don't want to see her back up for sale in a few months - she deserves her person; the person that I can't be for her. Don't get me wrong - she's happy here, but she could be happier. In other horsey news, over the Thanksgiving weekend (#Canada) Ray, Eowynn and I travelled to spend it with my family in British Columbia.  Last summer, we took one of our older OTTB's to my 12 year old niece, a beginner rider with very little formal knowledge, to ride and love because her horse that a neighbor gave her had recently passed away and she was heart broken.  King is a 2006 OTTB that was often mistaken for a Quarter Horse due to his thick build and easy-keeping abilities.  Unfortunately, King did not adjust well to their limited turn out space, extreme snow loads and different type of hay in the area.  As such, he dropped a significant amount of weight and condition.  It was brought to my attention in the spring when we went there to visit, and together we worked out some changes that included them catching him every night and removing him from the paddock to be fed his mash because his buddy was aggressive and often stole his food - something very odd in itself considering previously, King had several horses he couldn't be turned out with due to being so incredibly aggressive.  By June, things were trending upward and he had began putting weight back on however as winter approached things began to decline again and I had to make a decision. 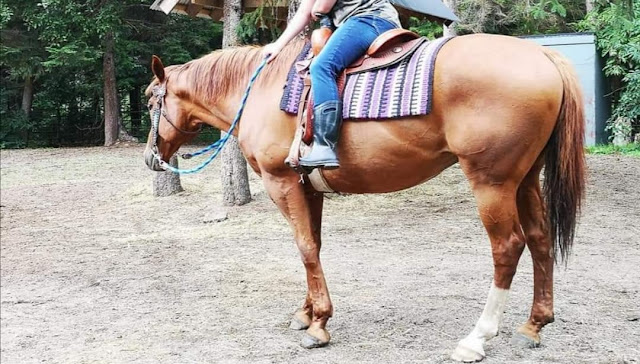 Unfortunately, the decision was both difficult and simple. He needed to come home, but I was going to break a little girls heart in the process.  Luckily her parents (my brother and sister-in-law) were on the same page as me, but it doesn't make the insurmountable guilt any easier.  It's easy to point fingers at them and call it abuse; it's easy to point fingers at me and say I should have intervened sooner, but it's a lot different to be in the thick of the situation trying to find the best solution from 14 hours away and very limited resources in their area.  I'm sad that it came to this, and I'm sad things became this extreme, but I'm grateful for their understanding and relieved that King is back home and in my care. 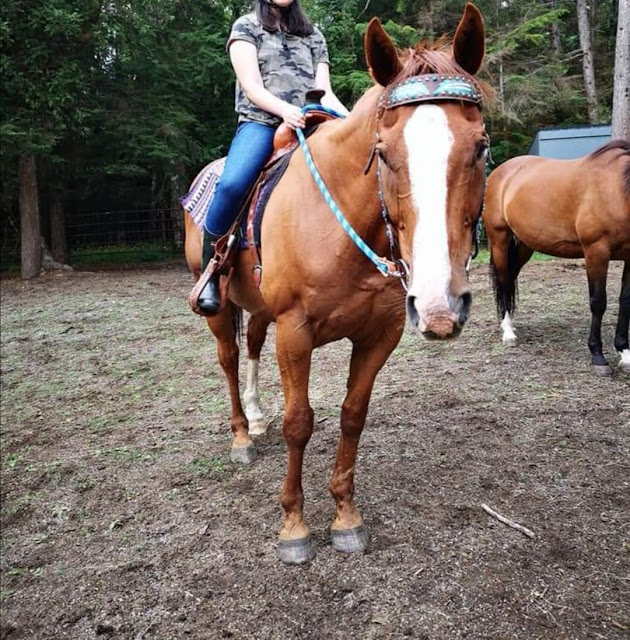 My initial thought was to put him in one of my paddocks on a roundbale so he had no competition and could eat to his hearts content, however after examining the situation I decided the pasture was the best place for him.  We recently moved the horses into a 6 acre field that had a crop in it - it was planted to oats, and underseeded to Alfalfa/Timothy.  That means there is lots of oats on the ground that fell out of the combine during harvest, and lots of young Alfalfa/Timothy popping up. I also put an Alfalfa bale out there for good measure, and the horses will continue to get a mash each night.  He will get a once-over by my Vet when she's up next despite my brother and sister-in-law having him to their vet several times, and my plan for the time being, in addition to ruling out any health implications, is to keep him warm and full. 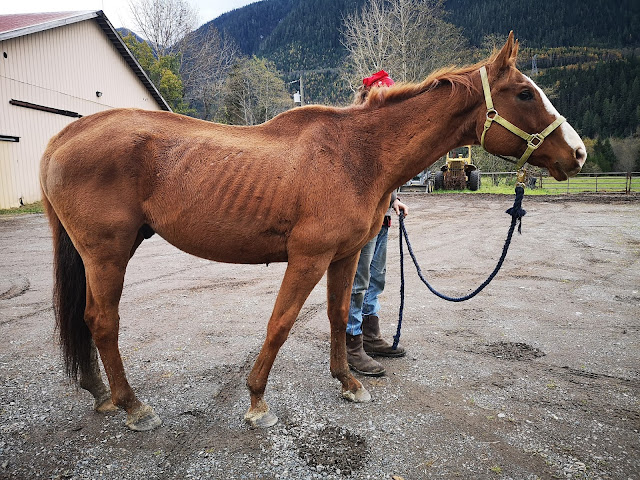 We arrived home late from our journey, so I put him in a paddock for the night and when I turned him out in the pasture the next morning, it was both a happy and sad moment.  While I'm sure he was tired from the journey, especially in his condition, he's changed so much in the year and a half he was gone.  When the other horses ran and bucked, he just stood back and watched.  He didn't care to venture far from the gate, and looked lifeless with a wide-open field in front of him - something he hadn't seen in a long time.  Normally he would be leading the herd and he never missed an opportunity to bounce around like a goofball.  That being said, by yesterday evening he claimed the first mash bucket at feeding time and no one tried to push him off it so I'm hopeful he will get back to his old self, but in the mean time we have a lot of rebuilding to do - both body and soul.  It's easy to blame me because believe me, I'm blaming myself every which way, but I gave him what every horse wants - a little girl to love him and it's just a damn shame he didn't seem to be suited to the environment. 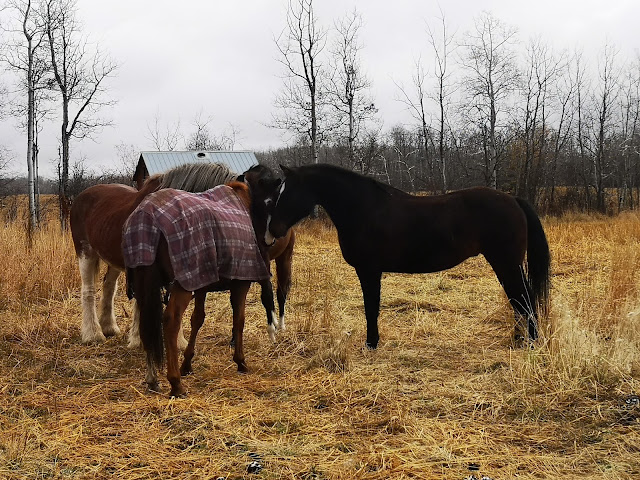 I'm honestly embarrassed to even share current photos of him - partially because when I shared them in what I thought was a safe place, it surfaced elsewhere behind closed doors only adding to my guilt knowing it's a topic of gossip.  I'm a mix of emotions - I'm mad at myself, I'm sad for my family being the topic of discussion, and I'm sad for King - both because of his condition and because he missed out on a fantastic opportunity with a very sweet little girl who loved him dearly.  I recognize the faults on all sides of the situation, but at the end of the day he's home, he's safe, and he will be brought back up to snuff and resume his duties as the often rude but steady-eddie guy that anyone can ride down the road and may make a great prospect for Eowynn in the future. 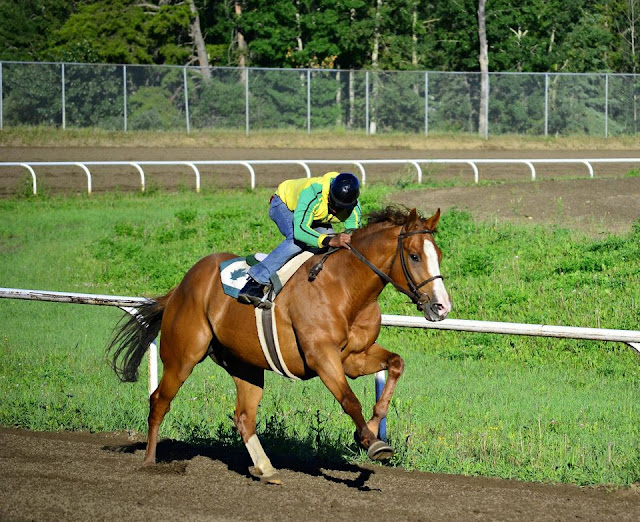