June 28, 2019
In my last post I touched on the lesson with my friend "S" when she spent the weekend on my farm, but I really wanted to save the details for it's own post.  When I bought Sierra on June 9, 2018, the following weekend I hosted a Dressage Clinic at my house with a Calgary based instructor, however unfortunately it didn't work out to bring her back for future clinics.  As a result, I haven't had a lesson on Sierra since that weekend, which means we haven't had a lesson in over a year!  While "S" remains adamant that this was not a formal lesson, based on the sweat dripping from both of us by the end, I think it counts.
If I were to break the past year into sections that encompass all that we've worked on they would be Introductions, Construction Work and Refurbishing.  I would venture to say I have paced myself to really establish our relationship and identify and repair pot holes which was then followed by taking an abrupt and unforeseen detour to repairing our relationship after our first horse show lead us down a very rocky path that unearthed weeks of unexpected issues.  No path is truly straight and narrow, leaving no room to stray, but sometimes the paths less traveled lead to some of the most beautiful views and I reminded myself the importance of perseverance as I dug and clawed my way back to the surface where a glimmer of success shone in the distance on the horizon.  A few weeks ago I had given up on figuring out Sierra, and I turned her loose in the pasture and with the added turn out in a herd setting, she has been much more temperamentally level and our troubles under saddle have subsided immensely, resulting in some really great rides. 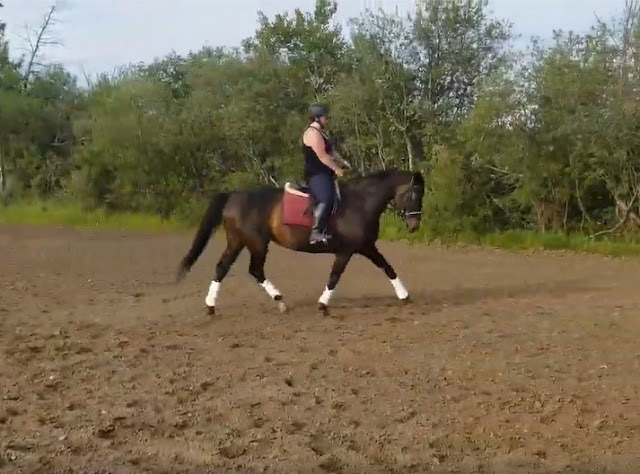 With the sudden onset of great rides, I found myself rolling with the motions of the boat, unwilling to disturb it and cause upset.  As with most OTTBs, tension is monster that rears its ugly head frequently, and Sierra is no exception.  I have been working religiously on our Rhythm, Relaxation and Connection since the Winter, and I finally feel like it's really coming along.  I have really been focusing on a long neck, raised back and overall supple horse and I feel like we have been making great strides as of late, and S turned my world upside down. 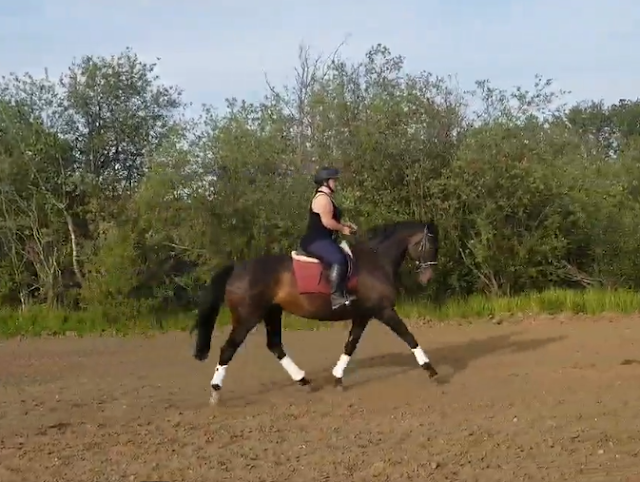 While she wanted me riding Sierra completely different, it posed a great experiment.  She continually reminded me to shorten my reins and I felt like Sierra's neck could not possibly be any shorter at times, but I took several important things from the lesson, and here are the coles notes:
Even though the way of riding had Sierra quite hot, we had a few really, really interesting moments and I took a lot away from it despite it not being where I want to ride her right now.  Even though she got hot due to all the transition work (something I admittedly avoid because it makes her hot and tense) and short rein, it was extremely interesting to see how much she tried to step up to the plate.  She remained relatively 'through' for the most part, and was surprisingly easy to rock back onto her hind end, though she of course wasn't strong enough to maintain it for more than half a circle or so.  I found when I sat back, something I fight with on the regular due to currently riding in my Close Contact saddle, slowed my seat while drawing her up with my thighs into a strong half halt and she was incredibly responsive, yet she remained in front of the vertical.  What was also very interesting, was when she was really "revved up" and rocked back onto her haunches, it seemed as though I literally just had to 'think' Canter and she transitioned into it before I even finished the thought... and amazingly enough, she didn't take the wrong lead once.  We did have some issues when she got behind my aids that she would pop the lead behind and get pissy, so i'm straddling the line of the Canter feeling so big that it feels like we're toying with turning into a run away, and being off the aids.. I think the more I play with it, the better it will get so I need to remember to find the line of comfort, and shift up one more gear. 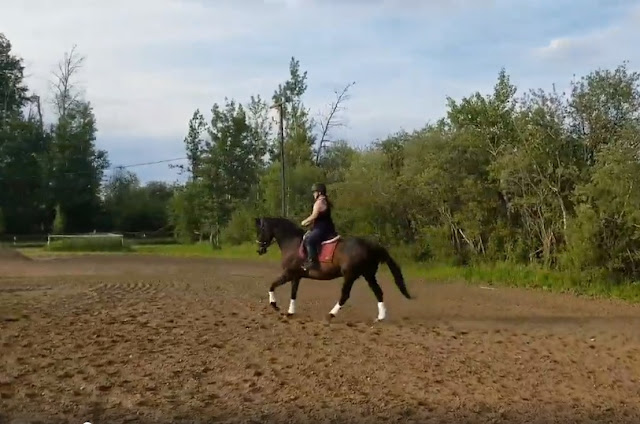 Just like the Canter, the trot work was similar in that we had about half a circle that felt incredible; I have never felt her cover that much ground with such ease and it truly was remarkable.  The forwardness was also related to the Canter and I have concluded that I have been riding her very under-powered.  Naturally, the tension was there and in a certain portion in the arena she would often surge forward and consider falling into the Canter but given that it was always in the same spot of the arena, I'm concluding she was just being a twat. 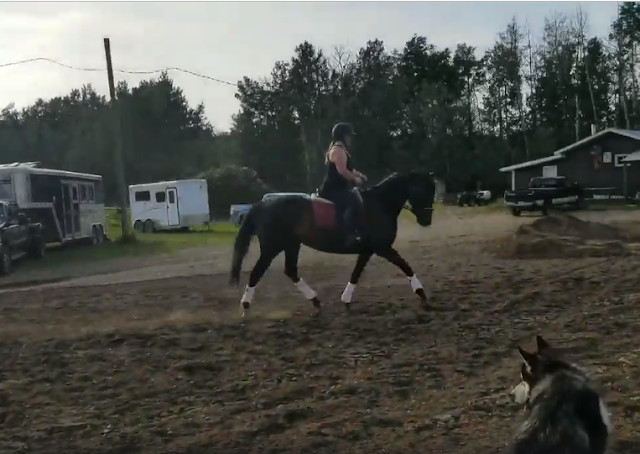 Overall it was a very insightful experience.  I don't intend to ride her in that form yet as I don't feel she's ready for it both physically or mentally, but I did learn that I need to ask a little more from her without losing sight of the Rhythm, Relaxation and Connection and i'm really excited to see where we are in a month or few from now! 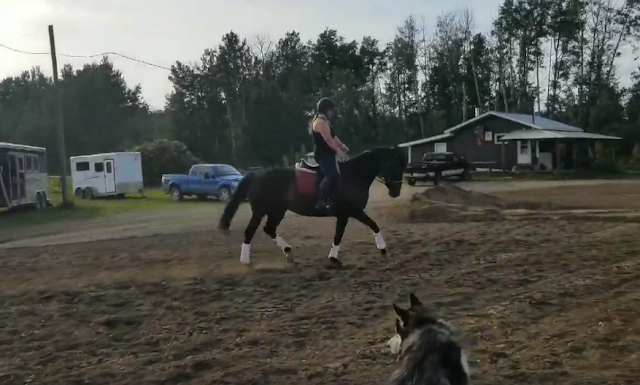