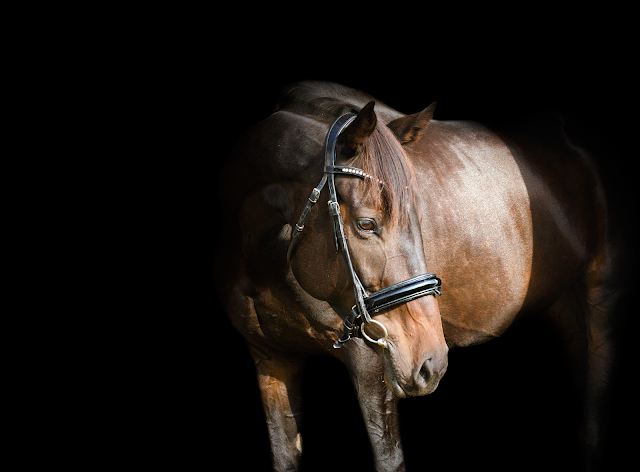 As the steady pound of the rain on my tin roof has my dressage letters requiring floaties, the hatches are battened down and the horses are snuggled up in warm blankets with hot mashes, but my mind wont rest.

I don't think I'm alone when I say I'm my own worst critic.  I think we're conditioned, as Equestrians, to never quite feel 'good enough', because there always seems to be someone better regardless of how hard we work to improve.  Riding is an art and a sport that seems even the best professionals can't quite master ... if we could, a 70% score wouldn't be grounds for a week-long celebratory party.  So instead, we focus on what needs to be improved and continue to chip away until most of us lose interest, finances, horse power, or simply 'limit out' because one or multiple of the aforementioned items are no longer at our disposal and thus the 'First Level Lifer' is born.

As the consistent trickle of water drips off my roof, I'm left reflecting on where I came from and where I hope to one day be, as well as all the bumpy roads along the way that have shaped me into who I am.  I grew up at would be considered a 'large English barn' for the rural area of North Western BC.  I was raised predominantly by a single mother and had one older brother; neither of which had interest in horses.  My mother worked hard to support my habit along with my brothers love for Hockey, and I'm sure many things were skimped in order to accommodate the sports my Brother and I loved year round.  Yet, we remained ungratefully ignorant having no real concept of money or compromise.  Eventually, things were pulled together and my mom purchased a cranky Thoroughbred mare with a rearing problem and I loved every minute of it even if she caused more tears than it might have been worth.  Her name was Molokai Fire, and she was black with about 5 small white hairs on her forehead.  My summer holidays were spent at the barn from 9:00 AM to sometimes 9:00 PM.  We would ride in the ring, sneak over a few jumps unsupervised, gallop up the mountain trails then go untack and gallop bareback to the river and take our horses swimming.  In hind sight, no wonder my horse was cranky, but regardless life was perfect when I was at the barn.  I took regular lessons with a variety of coaches and participated in Pony Club year round, but in 2006 I lost Molokai to Colic and things were never quite the same.

Somewhere along the line, I lost a lot of confidence on horses.  I attribute it to the years spent bouncing from barn to barn working with babies and green horses, and in recent years I developed terribly negative thoughts towards myself and my horse (Kidd).  I love Kidd, but we were never quite good enough and my riding became stagnant.  While I think my effectiveness and position has improved vastly since I was a child, it felt as though the foundation was slowly crumbling under the pressure every single day.  As things began to take a turn and we developed behavioral issues (later realized were a result of pain), my confidence began to shake again, and eventually everything gave way falling to rubble under my feet.  My horse was presumably 'done', and it was my fault. I didn't listen to him.  I pushed back.  I rode harder. I got mad. I ruined him.

They say hindsight is 20/20, and though I'm slowly beginning to accept the words of my Vets, Trainers and Peers and am slowly becoming convinced that I am not to blame for Kidd's semi-retirement at 8, a small tinge of guilt will always be buried low in my gut.. but rather than succumb to the negativity, I have been working really hard the past few months to remain positive, and I am really happy with where I am at in that regard.

Sierra feels like my second (or third? or fourth?) chance.  I feel hyper-aware of behavioral and/or pain issues and in more ways than I can count Kidd has helped me become a better horsewoman while Sierra is helping me become a better rider - the horsewoman and rider I should have been for Kidd.  As the foundation crashed all around me when Kidd's verdict came out, I vowed to be better.  This is a vow I have made many times, but for once I feel as though following through.

Despite my newfound focus on remaining positive, I am human.  I am not exempt from particularly shitty situations, subpar rides, trials and tribulations, nor am I oblivious to our flaws.  I'm learning a new horse which can be really frustrating at the best of times, and to top it off she is green and a little 'ass backwards' in her Dressage work.  I struggle to balance my own [lack of] energy from working full time and running a farm, my lack of fitness and the constant battle of the northern weather, but through it all one thing has shifted.. I'm enjoying riding again.

This might be an 'odd' statement to many, but with Kidd I was focused on obtaining that elusive 70%.  I was overly competitive with myself and we had to nail things otherwise there was no point in riding.  My expectations were unreasonable, unrealistic and somewhere along the way I lost myself.  The past two years were nothing but struggle after struggle with Kidd, and as a result my motivation was nearly non-existent and riding felt like a chore.  Following the bad news and semi-retirement decision a switch went off and I was flooded with emotions I thought were lost forever.

I truly thought I would never ride again - Though I never told anyone, I was ready to sell everything and just enjoy feeding my retired pony and watch my friends enjoy the sport from the sidelines.. But as quickly as I wanted to give up, I suddenly wanted needed a horse and I was determined to find the right one.  I questioned my sanity, and questioned if I was doing it for the right reasons. The guilt kept me up at night from feeling as though perhaps I'm casting Kidd aside to play with this shiny new toy, but 3 months later I am certain that's not the case.

The more I get to know Sierra, the more she feels like an incarnation of the 3 most influential horses I have ever worked with; my 'heart horses' if you will, and this feels like a grand opportunity.  I feel grounded and truly blessed to have this mare in my life and I can't wait to look back in one, five, ten or twenty years and reflect on how far we have come together.  If the developments we have made together in just 3 short months is any indication of things to come, I can't wait. 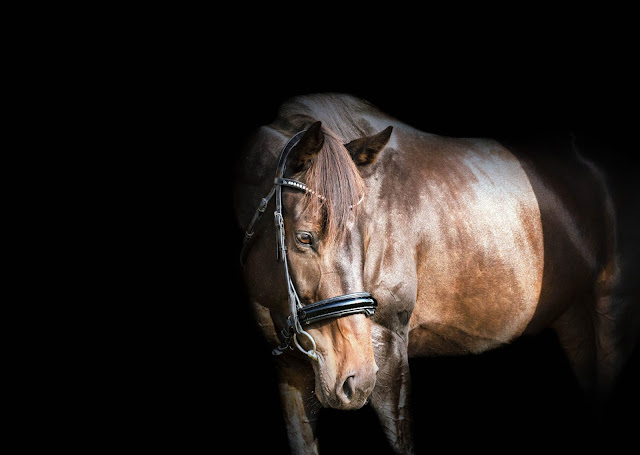