January 27, 2018
Since Kidd’s Vet Appointment, things haven’t progressed much. Unfortunately in the days following the appointment, he contracted the same cold that’s reeked havoc on the boarded horses. Luckily it’s just a standard cold, but it’s been a particularly lengthy one.  As he’s been off work, he’s been packing on the pounds so I have been giving him short lunge sessions towards the end of the cold’s course.  Earlier in the week I decided to hop on him as he wasn’t coughing when I lunged him, and his nose stopped running a few days prior, however once I got on and put him on the aids he began coughing so I chose to spend 10 minutes walking some squares before calling it a day.  Even though a lot of the symptoms weren’t evident anymore, clearly he’s still not back to normal.  As a result, I decided to give him the rest of the week off and will start fresh with riding on Monday.
This past week I have still got him some exercise when I could, and had him chiropractored.  The Chiropractor was impressed with how easy he was to adjust and manipulate, and it’s most likely related to the Previcox dosage he has been on as per the Vet’s recommendations.  He started on 1 full Previcox Tab for 7 days, ½ a Tab for 7 days and is now on ¼ Tab unless I notice a ‘change’, in which case he will go back to ½ a Tab.  It’s a little tough to track considering he’s been sick and out of work.  That being said, I have noticed on the lunge line that his Canter has improved immensely to the right rein. Prior to the Previcox, he was often late to transition to the Canter on the right while lunging, and Cantered incredibly down hill and strung out.  While it was ‘better’ last week in terms of being significantly more uphill, and this week he has been a little flatter, though still a big improvement from prior to the Previcox.  Given his cold, I can’t determine if it’s a fluke or evidence that he would benefit more from the ½ Tab.  I hope to have a better idea once I can ride him again, and we will see how this week next week goes in terms of riding.
In other news, I am still struggling to heal Kai’s latest injury.  This horse’s desire to maim herself is both intriguing and comical at this point. I have never, in my life, met a horse so regularly injured.  I think a lot of it has to do with her not really knowing how to ‘horse’ given that she essentially grew up in a stall, and I hope that with time and experience, she will stop putting herself in harms way so readily.  I’m not sure if it’s logical or if I’m grasping at straws, but at this point I need something to cling onto.
The puncture is healing, but it’s being incredibly slow.  I poultice it for 10 days, then gave it a few days of ‘airing out’ as the poultice wasn’t producing much beyond blood.  After a few days of being left with just an ointment on the wound and standing bandage on her lower leg to control the swelling, I noticed no difference and decided to poultice again.  Once again, nothing but blood. I decided to leave it alone entirely, beyond standing bandages, for a few days and it continued to seep blood and fluid.  I can see that the tissue is regrowing, but it’s being so incredibly slow and I’m struggling to keep the swelling out of it.  I decided on Thursday to give her another round of Antibiotics just in case, and if there isn’t much improvement by tomorrow I am going to put her on Previcox to aid in reducing the swelling.  I’m out of Bute until the Vet is back and the local Vet’s won’t sell it OTC without an exam (AKA an unnecessary $200+ bill), so I have decided to start doctoring her a little more aggressively, as clearly what I have done thus far has ‘got us by’, but it could be better.  The past 2 days I have done a Furacin Sweat under either a BOT Quick Wrap or Standing Bandage and it has been helping with the swelling in her lower leg (presumably pooling), but due to the bandaging her hock, where the injury is, is more swollen than I would like to see.  I haven’t been out to doctor her yet today, but if it’s still swollen I am going to wrap her hock and gaskin to apply some pressure, and will pick up Previcox from the barn tomorrow.  She’s been feeling better since getting a fresh dump of snow and has been running and bucking and bouncing around willingly.  She is still lame on it, but is clearly feeling a little better than last week when her legs were stocking up as she would barely move... hopefully we’re moving in the right direction!


In closing, to finally end a blog post on a good note, my hubby has been accepted as a Trainer to the Off Track Thoroughbred Expo taking place in Saskatchewan from Feb 2018 – Feb 2019!  It is the first time they’re running one, but for those who are familiar with the “Retired Race Horse Project” in the states, it’s similar but on a much smaller scale, I’m sure.  Regardless we’re really excited and Ray’s new OTTB Gelding is eligible to compete.  Ray intends to compete in Jumping and Freestyle, and we have a lot of work to do but I’m sure we can get it done!  He can start re training in February 2018, and the competition takes place in February 2019.  I’m nervous about driving the 1000+ KM’s there in the winter, but if we take our time I’m sure we will make it without trouble.  I’m toying with the idea of setting up a Social Media account for him as per the organization’s suggestion, but we will see! 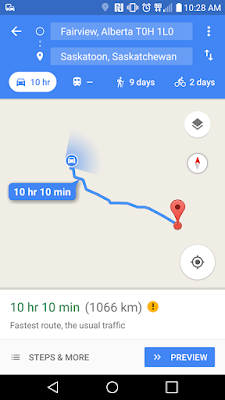