All the best things in life are wild & free ...

December 30, 2016
I haven't blogged in a while because to be honest, there is literally nothing going on in my life right now.  I've been really busy with the typical holiday rush and I managed to catch a mexican flu courtesy of my in laws who brought the plague home from their vacation so as you can imagine, I wasn't feeling up to much.  Today was the first time I actually felt desire to be anything more than a couch potato. Unfortunately i'm currently in bed regretting it but I managed to get myself outside and be semi-useful. 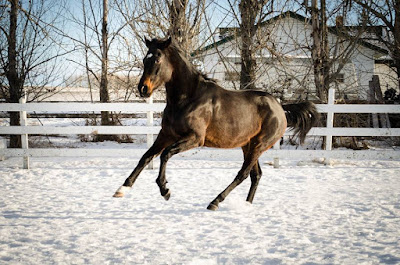 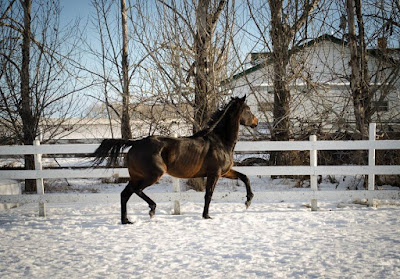 Kai has had about 2 weeks off as per previously mentioned and today was notably the most insane she's ever been.  Right from the get go, she was completely whacko-bananas and she had me questioning my sanity the entire session but we made it through. 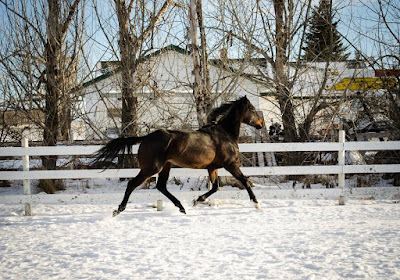 I brought her into the barn to tack up then I lunged her, ground drove her and untacked her in the arena to roll.  I thought she had enough exercise but following her roll in the snow she took off galloping and continued to buck and play until I went in to catch her.  If there's anything good I can take from today, it's that she trotted up to me to be caught, and evidently turns into mushy butter at the sight of a curry comb. 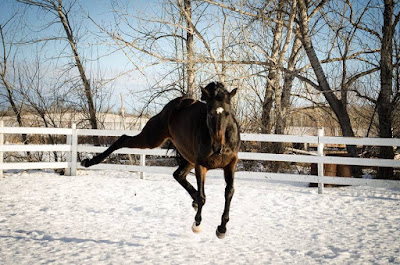 Call me a bad mama but all of my curry combs have grown legs and as a result I have never witnessed the beauty of her turning into a big sooky baby as a result of one yet.  I got one for Christmas and Kai is sending many many thanks out to aunty Coral for that one! 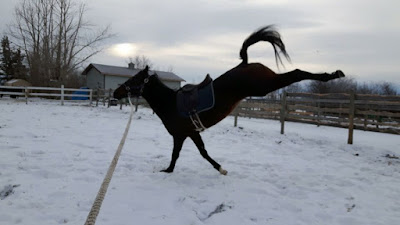 On the note of Christmas gifts, I got spoiled.  I've been looking at putting cameras in my horse trailer for some time but I couldn't swallow the $600 +/- investment required and so hubby kept an eye on them and snagged me some when they went on sale.  I wouldn't be a true woman if I didn't complain about something and as a result I will say they're designed to be back up cameras and as such, they have those weird lines to show you how close things are on them and I can't seem to get them to go away.  Regardless, it's amazing and probably won't be installed until spring but I'm so excited nonetheless! 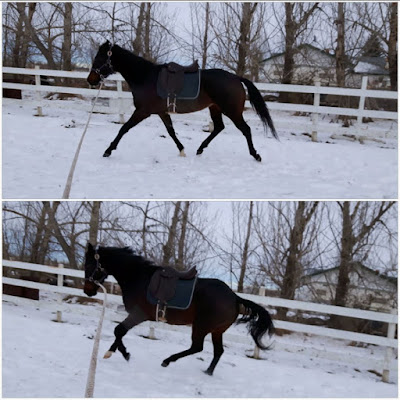 Overall, Kai has put on good weight and basically lost all her muscle - especially in her hind end but she will get it back regardless.  She's no longer tucked up (in fact, she's got the cutest little hay belly)  and her butt is pointy and weird and her neck is upside down and awkward but she's really coming into her own and settling in nicely.  I haven't gotten on her but now that i'm feeling better I can be consistent with her again so I have no doubt I will be swinging a leg over soon!