I called this post Saddle Sitting rather than Saddle Fitting, because that's literally all I did - it was Demo Day!! It's been a long time in the making but my Fitter and I were finally able to align our schedules to allow her to bring out some Demo saddles to try. With her help, we sold my Zaldi last month and between that and selling Kidd, I have decided to bite the bullet and go full custom.  I have back problems and therefor am quite specific in the seat and twist that I 'like' and feel comfortable in, and Sierra is a sensitive flower who requires absolute perfection, so it was really important to me to try a few on before committing to one just based off pictures and reviews.

I had three saddles "Short Listed" and a fourth on the radar as well, but unfortunately only two of four arrived in time for our appointment, but regardless we decided to proceed with trying out the two that arrived.  My "top choice" was unfortunately one of the ones that hasn't arrived yet, however a very similar one (same brand, very similar features, etc) was available so we proceeded with that in mind.

Due to the weather turning into an unusual Monsoon Season as of late, my arena is slick and deep, not lending itself for a quality ride.  As such, I have been tootling around in the field where it's worked up, though it's currently not suited to much more than a walk.  I can typically tell as soon as I sit in a saddle if it will work or not, so I was comfortable with my inability to do a 'true ride' in the saddles my Fitter brought up.

The first saddle we pulled out and put on Sierra was the Frank Baines Etude.  This is a new saddle from their Symphony Collection, and while at first glance online I felt a little 'meh' about it (mainly the stitching pattern on the flap), but I was drawn by the short block and moderately deep seat.  Keeping in mind, neither of these saddles are fitted to her or I as they're simply Demo saddles, my fitter prefaced the saddle by saying another client/mutual friend just sat in it and it appears to ride quite small.  Said client/mutual friend is * significantly * smaller than me, and it allegedly fit her well.  I have never ridden in anything bigger than an 18" and this saddle was a small fitting 17.5" but while we tacked Sierra up I took note of the craftmanship, quality of leather and materials and was in awe. I loved the short panel (especially in comparison to my Zaldi) and monoflap design, something I am not accustomed to.  In person, the stitch pattern bothered me less, and ultimately your leg would cover it anyway - plus the perks of being fully customized is that I could request the stitching in black, which would make it less obvious to my picky eye.  Looking at the saddle, it appears as though no stone was left unturned - every stitch was meticulously placed, no glue was visible, everything lined up perfectly and it was honestly just absolutely immaculate and beautiful to look at.

We lead Sierra out of the cross ties and over to the field where I hopped on and immediately noted that it was much too wide for her as it felt quite tipped forward and the seat definitely felt small - something I anticipated given that it's not fitted to her nor I.  That being said, while I would absolutely want a bigger seat it still felt as though I was sitting "in" the saddle verses "on" it; my legs felt a mile long and it was very comfortable.  The seat and block was quite 'squishy', however the block location was all sorts of wrong for my short thigh and as such, was a wee bit uncomfortable in one section where the widest part of the block pushed into me about mid-thigh.  That being said, it was quite squishy so it really wasn't awful, especially when you consider that my Zaldi literally bruised my thighs at times.  Overall, the saddle did not fit Sierra or I at ALL so it was a little tricky to gauge it, but regardless it felt great in the twist and I quite liked it.  My 'top choice' based on what info I could find online and through talking to my Fitter, is the Frank Baines Adagio, and while it didn't arrive in time it is very similar to the Etude, however it has a deeper, more angular seat and a slightly different block system in that it's longer, thinner and has an indent for your knee.  Everyone knows that I love me a short thigh block but I think the thinner block and deeper seat is incredibly appealing, plus I prefer the overall aesthetic representation.  I'm bummed I couldn't sit in one, but I think if the twist is the same as the Etude I could be convinced to invest in one without sitting in it.  I don't worry too much about Sierra as it would be made to fit her measurements and despite the poor fit in the Etude, she raised no arguments - granted, had we done more than walk around on a loose rein that may have changed.  That being said, naturally the Adagio has the highest price tag.

As we discussed what we would do if I ordered one, my fitter suggested a shorter, wider flap, properly placed block and asked if I would be interested in entertaining the idea of moving up to 18.5" - She was quick to note it was in no way a judgement, but given that they sit small it would be her recommendation.  Honestly, I have no concerns one way or the other for my personal dignity, however my biggest concern is always the length causing loin/back issues but she reminded me of the short panel options, and we discussed that in a properly sized seat, I am more likely to disperse my weight evenly under the floor of my seat rather than back towards the cantle.

We walked back to the barn and pulled out the next saddle, the Ideal Olivia.  This saddle has an appealing price point given it's custom options and I noted how 'squishy' it was as we did up the girth. This saddle is set on a Wide Tree so we threw some loose shims under the front for good measure, something I wish we had done with the Etude as well, in hindsight.  As I reached for the billet straps, I immediately noticed how stiff and thick they felt and it was a bit of a struggle to tuck them into the girth but given that it's brand new I didn't pay much attention and we headed back to the field to take it for a spin.

As I swung over during the 'pivot' stage, my leg felt incredibly restricted due to the type of leather the saddle came in.  Again, it's just a demo saddle and was sitting on a shelf at the factory so it wasn't a personal choice by my Fitter and while I would love it on a squirrely horse or silly baby, it was a really weird feeling. I can honestly say I'm not sure what type it was, but I was not a fan.  While it wasn't a quality issue at all, the type of leather was so incredibly sticky I felt like I rolled around in molasses then climbed aboard in -40.  I was literally stuck in the saddle and I only had suede full seats on - I can't even imagine how it would feel if I were wearing my ultra-sticky silicone full seats.  As soon as I un-stuck myself and sat down, the distaste was offset by how incredibly comfortable it was.  Everything was very squishy and inviting - I feel like I could have gone on a lengthy trail ride with comfort and ease.  The panels were very deep and squishy as well, and Sierra's back felt very happy.  At one point I think I even told my fitter "I feel like I'm sitting in a cloud", though it did feel a little bulky under my thigh due to all the foam.  Overall despite some craftsmanship flaws, if I was working with smaller budget I would 100% purchase this saddle in a different leather.  Heck, if I had money to spend I'd probably buy one just for trail riding!

As we walked back to the barn we discussed my options and what would be best suited to Sierra given that the tree of my Zaldi was just all wrong for her type of back.  The Fitter assured me the two options I tried today as well as the other two that haven't arrived yet would be well suited to her type and of course, custom.  She also noted that if I chose to proceed with the Ideal Olivia, we would request it be built on the Ideal Sophia tree, as it is designed for TB type builds. She has sat in the Adagio when she was overseas for recent training but I got the impression it wasn't her 'type' of saddle given the deep seat, however after explaining what I like she felt I would probably really like the Adagio. The other nice thing is that the Fitter is local-ish (about an hour away), so adjustments can be made with ease which is very appealing considering when speaking with another Fitter who works specifically with one very popular brand, I would have had to mail whatever saddle I purchased 5+ hrs away as any non-brand approved Fitters working on it would void any warranties, plus they're significantly more expensive.  The local Fitter is very honest,q ualified and dedicated to honing her skills so I trust her judgement, though sitting in the saddles didn't put me any further ahead with making a decision - * sigh *, women, amirite? 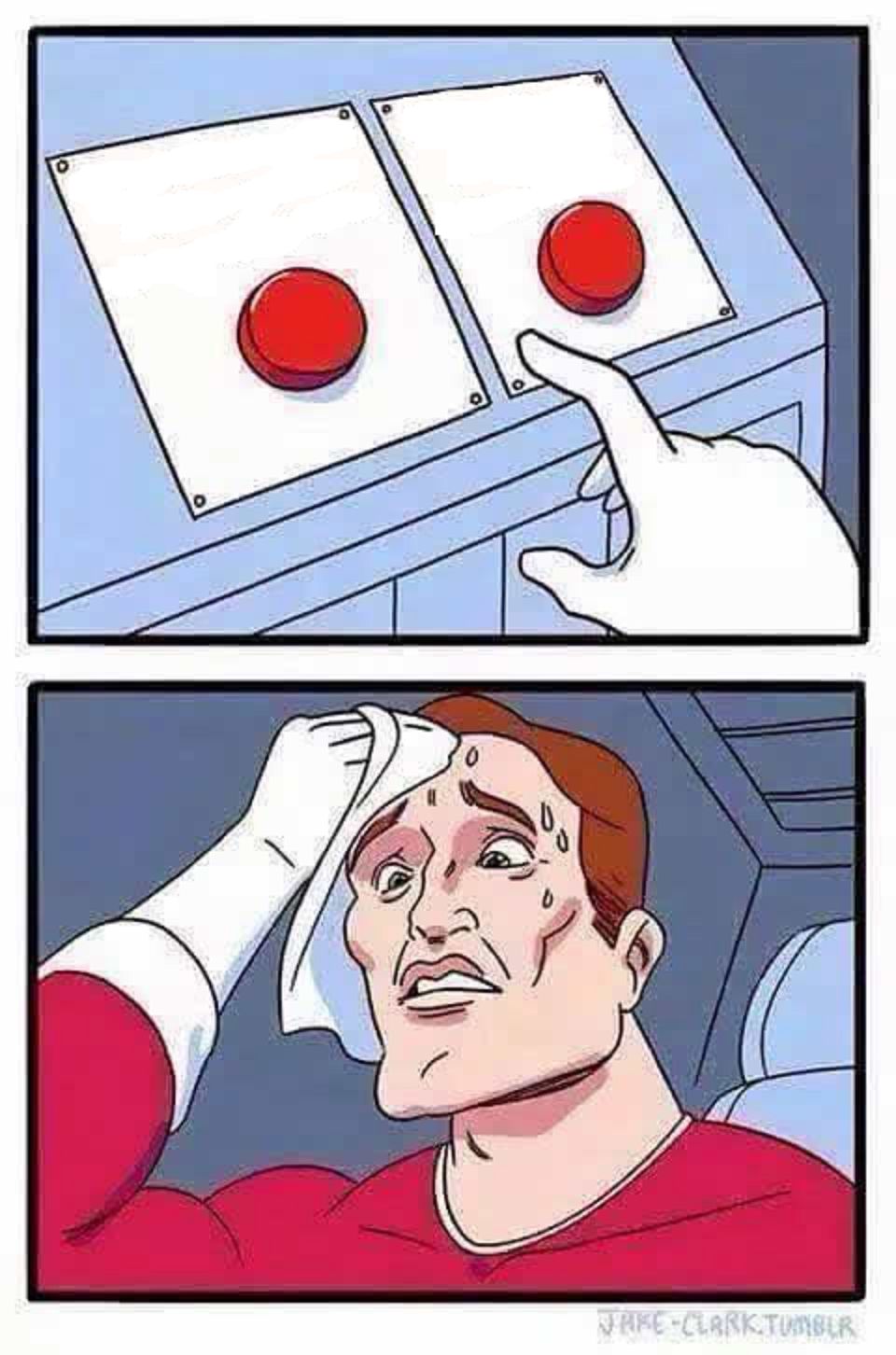 Based on craftsmanship, comfort and quality alone, I think I am going to proceed with Frank Baines but I'm not certain yet as I still feel as though I have some homework to do.  Honestly though, they're just exquisite and while I have seen some older Baines (like 15+ yrs ago) that didn't really stand out to me, these new saddles are absolutely exceptional and, in my personal opinion, equivalent (or better) to several other popular brands that fall into a higher price bracket.  I also love that the company is family owned and ran and you can really see the love of their craft in every saddle.  The Fitter is due back early next week to take our measurements to get the ball rolling, however there is a small chance the Adagio will arrive by then in which case I will be able to ride in it, however I may wind up just flying blind based on assumption, comparability to the Etude, and personal reviews.